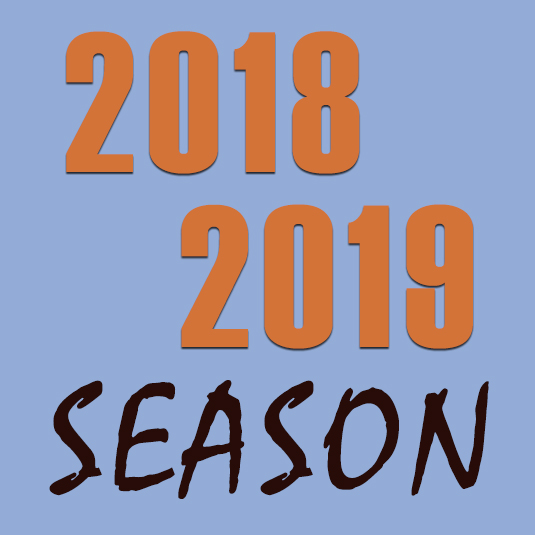 A BUNCH OF AMATEURS BY NICK NEWMAN & IAN HISLOP

Keen to boost his flagging career, fading Hollywood action hero Jefferson Steele arrives in England to play King Lear in Stratford – only to find that this is not the birthplace of the Bard, but a sleepy Suffolk village. And instead of Kenneth Branagh and Dame Judi Dench, the cast are a bunch of amateurs trying to save their theatre from developers. Jefferson’s monstrous ego, vanity and insecurity are tested to the limit by the enthusiastic am-dram thespians. As acting worlds collide and Jefferson’s career implodes, he discovers some truths about himself – along with his inner Lear!

THE PRIDE BY ALEXI KAYE CAMPBELL

The powerful debut play from Alexi Kaye Campbell, winner of an Olivier Award, the Critics’ Circle Award for Most Promising Playwright, and the John Whiting Award for Best New Play.

Alternating between 1958 and 2008, The Pride examines changing attitudes to sexuality, looking at intimacy, identity and the courage it takes to be who you really are.

The 1958 Philip is in love with Oliver, but married to Sylvia. The 2008 Oliver is addicted to sex with strangers. Sylvia loves them both.

Dramatized with flair and wit in a version first performed by the Royal Shakespeare Company, this adaptation of the ageless story captures Dickens’ ironic point of view while it creates a panoramic view of Victorian London.

In 1963 Brighton, out-of-work skiffle player Francis Henshall becomes separately employed by two men – Roscoe Crabbe, a gangster, and Stanley Stubbers, an  upper class twit. Francis tries to keep the two from meeting, in order to avoid each of them learning that Francis is also working for someone else. Complicating events, Roscoe is really Rachel Crabbe in disguise, her twin brother Roscoe having been killed by her boyfriend, who is none other than Stanley. Complicating events still further is local mobster Charlie the Duck, who has arranged his daughter Pauline’s engagement to Roscoe despite her preference for over-the-top amateur actor Alan Dangle. Even further complications are prompted by several letters, a very heavy trunk, several unlucky audience volunteers, an extremely elderly waiter and Francis’ pursuit of his twin passions: Dolly, Charlie’s feminist bookkeeper, and food.

THE GUT GIRLS | BY SARAH DANIELS

Premiéred at London’s Albany Empire in 1988 and set in Deptford at the turn of the century this play traces the lives of the girls who work in the gutting sheds of the Cattle Market and how their lives are changed when the sheds are closed down. Although the girls are unwilling participants in a club founded by Lady Helena to find alternative employment the results are not without tragic consequences.

From fig leaves to final judgement, three performers tackle the great theological questions, did Adam & Eve have navels? Did Moses really look like Charlton Heston? And why isn’t the word “phonetic” spelled the way it sounds?

Danny and Bernie balance their mundane office jobs with sexual banter, particularly their experiences and preferences in the bedroom. Likewise, Joan and Deborah frequently discuss the shortcomings of men while at their apartment.

The main plot point is Danny and Deborah’s relationship, perpetuating much of the dialogue about men and women. Their romance is quickly established by sexual attraction, but as the play progresses and Deborah moves into Danny’s apartment, they are unable to talk with each other seriously. Danny complains in frustration. Eventually, the couple breaks up while Danny and Bernie revert to their usual talk about “broads” and what is wrong with the world.

LILIES ON THE LAND | BY THE LIONS PART

“Wish me luck as you wave me goodbye”

‘Lilies on the Land’ tells the story of four World War 2 Land Girls and how their lives changed forever as they learned how to work on the land and cope with the unexpected, far from home. The play shows their contribution to the war effort, the conditions they endured, and the fun they had in between, from milking cows and ploughing fields to dances with airmen and the loss of loved ones. Featuring songs of the era and anecdotes based on true testimony, ‘Lilies on the Land’ is a funny and bitter-sweet account of unforgettable experiences while the War raged in Europe.