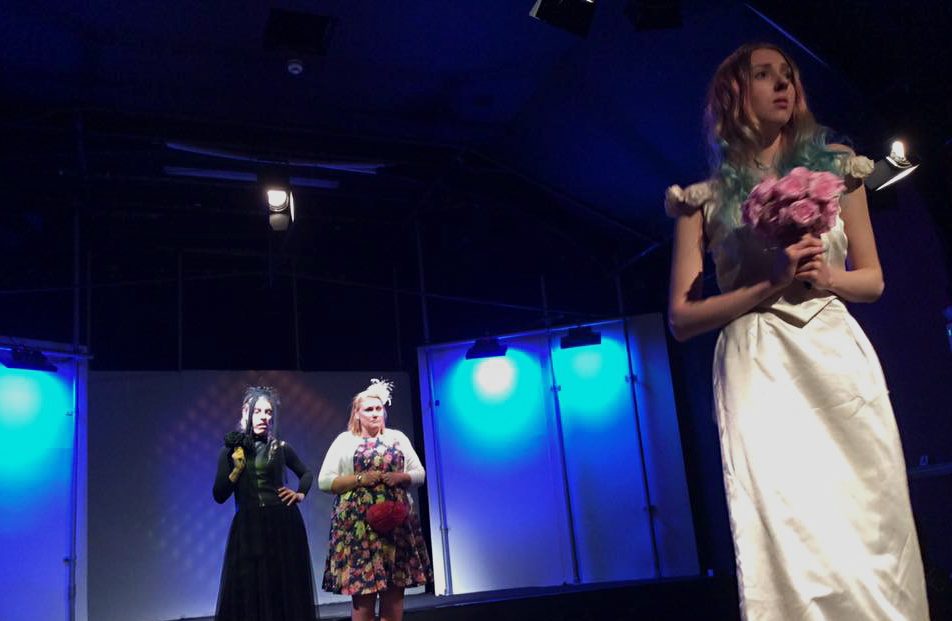 Love, Loss and What I Wore | by Nora and Delia Ephron

Ladies, have you ever looked in your wardrobe and realised you have nothing to wear? Then this play is for you. Gents, ever wondered why women so often wear black? Then this play is for you. A funny, poignant look at women, their relationships, their mothers, childhood, significant moments such as marriage, buying your first bra, dealing with loss, dealing with love, being a teenager and why your mother never approved of what you’re wearing.

“The joys and sorrows of women’s lives, reflected in the wardrobe mirror. This show, by sisters Nora and Delia Ephron, takes its many monologues from Ilene Beckerman’s book of the same name.

Like The Vagina Monologues – done to great acclaim at this address last year – it’s often staged as a celebrity reading. Not here: Sally Ransom has set the action on a catwalk; there’s some fashion-show strutting, too, with music tracks to match.

But no clothes-hanger mannequins, just seven ordinary women; all of the actors successfully suggest the triumphs and the tribulations behind the boots and the purses, the skirts and the socks. And they also open up in the programme about the one garment that means most to them personally.

The confessional style works well in the monologues: the inspired “Hate my purse” soliloquy, the perfect shirt, the touching Southern fantasy, immediately followed by the searing “that’s my dress!” trauma. There are ensemble numbers, too: The “Black!” sextet [all the costumes are black, too, save for the wordless three brides number], the three sisters, the changing room, the brassiere parade, the “nothing to wear” sequence.

Stephanie Yorke-Edwards plays Gingy, the artist and author whose collection of clothes sketches became the book and then the play. She is particularly moving as the “forgotten woman”grandmother at the end, who realises that her personal thoughts were personal to other people too. Her six fellow actors play many characters, from the ungrateful teenagers to the mastectomy survivor. They are Jacquie Newman, Sally Rawlins, Leanne Young, Charlotte Norburn, Caroline Dunsmuir and Helen Quigley.

Between them they bring to life a huge variety of American women, fearlessly sharing their secrets and their love-hate relationships with the clothes in their closet.”