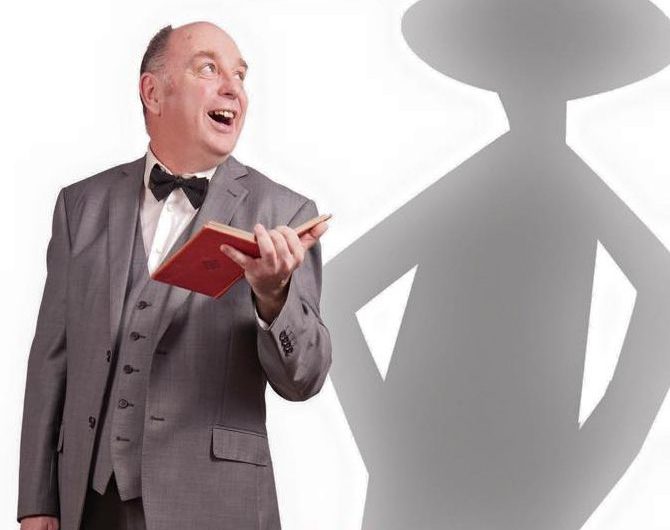 ‘Harvey’ by Mary Chase is a light-hearted, Pulitzer Prize winning comedy set in the 1950’s with two locations; the Dowd family mansion and Chumley’s mental institution.

Elwood. P. Dowd is a gentleman and conversationalist, seen talking to everyone he meets in the street extending a kind invitation to dine at his house with the giving of his card. He returns home one day to find his Sister Veta and her daughter Myrtle-May hosting a party he was not told about. Elwood loves company and begins to introduce himself and his friend Harvey, who is nowhere to be seen. Veta having had enough of her brother’s shenanigans,  plans to have him committed to Chumley’s mental institution, and speaks to a Dr. Sanderson. Upon their talk, Dr. Sanderson believe that Veta herself is crazy and asks Miss Kelly, the doe eyed nurse to escort Elwood out of the building and commit Veta instead. Once Mr. Chumley hears of the confusion, he sets out to put things right and to find Elwood and his Friend Harvey, a six foot three white rabbit.

“Harvey, the film had been sat on my nan’s shelf for years alongside others like ‘Blithe Spirit’ and ‘Gaslight’, so I grew up with a good history with films. Films and plays are completely different of course but it gave me a rough concept of how I would set the play.

I love the nature of the play and the atmosphere set by the very first scene. You understand the frantic nature of the characters and Veta’s obsessive need for normality from her brother, Elwood. When introduced to the character’s in Chumley’s mental intuition, It’s hard not to fall in love with them as they take poor Veta for a ride of misconceptions, and allow Elwood off scott-free!

It’s a simple, heart-warming comedy where the star of the show is never seen!”